Konami has announced that the demo for pc of Pro Evolution Soccer 2019 will launch on Steam August 8. To celebrate the announcement, the team has also launched a new trailer, which you can find later.

The PES 2019 demo will include the participation of twelve teams and will be compatible with Quick Match game mode, online games as well as single player show games.

PES 2019 promises to take the player’s individuality to the next level 11 new skill features. Players will be able to score goals thanks to improvements in animation and pressure and movement during playing time. In addition, the resistance will have an impact Poor Visible.

The exact time to release the demo is not entirely clear, although the forums say it will start at. 19:00, nothing is officially confirmed. Konami continues with total radio silence on Steam, the official website and on its social network.

The demo can now be downloaded. 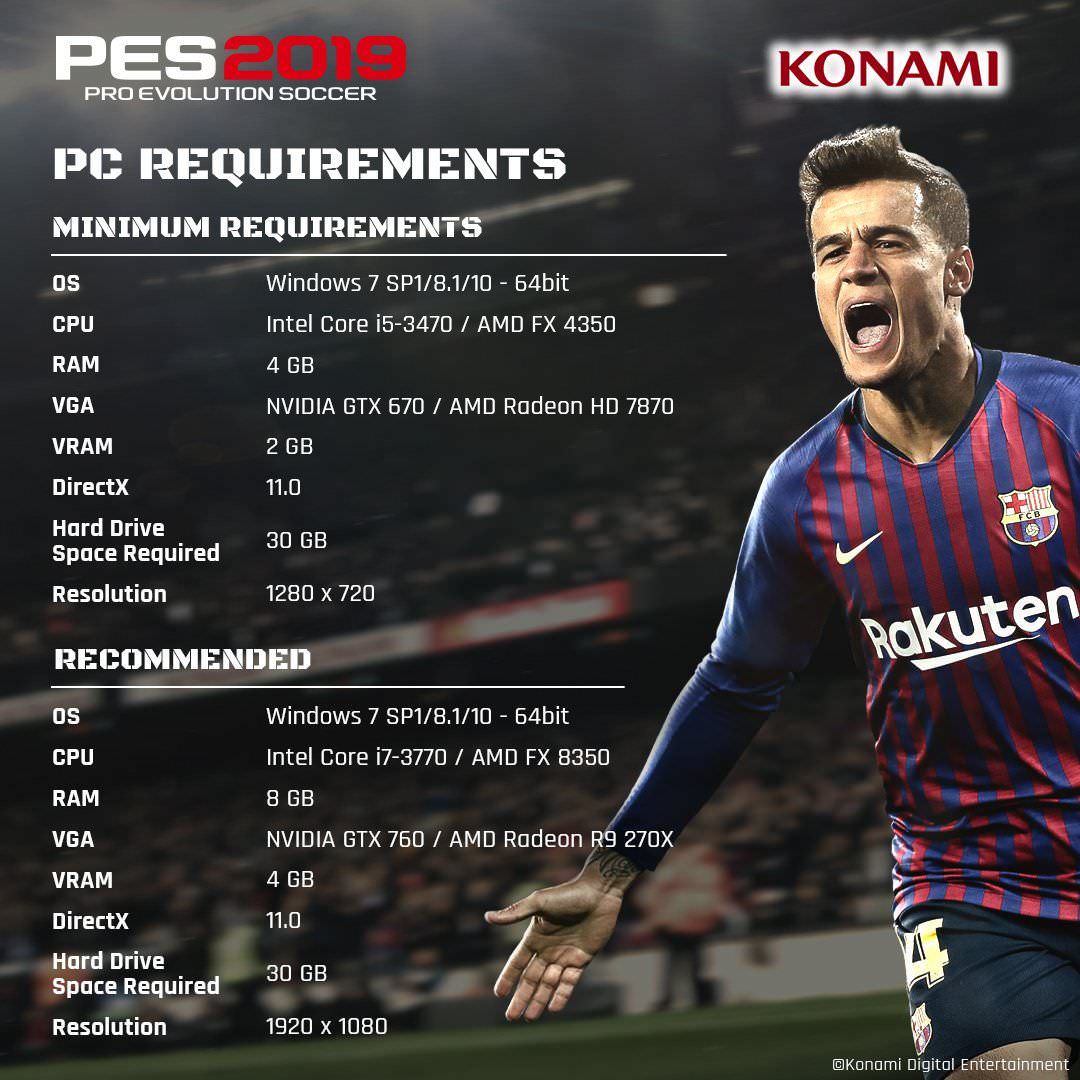