The characters of the professional gaming team “Crazy raccoon” are now in a fighting game! ! ⇒ What a messed up smash bra www 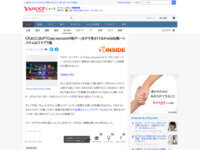 ・Uncle CR, the owner of the professional gaming team Crazy raccoon (hereafter referred to as CR), has released a video of a “CR fighting game” that is believed to be under development.

・Mr. Uncle has been saying, “I want to make a fighting game using CR characters.” I Asked My Uncle About the Title – #10” introduces that it is scheduled to be released around September to October.

・And this time, the characters of CR’s Selly and Uruka are fighting, and as far as the video is concerned, it looks like a game system that blows the opponent off the stage like “Super Smash Bros.”