[! ? ]Sony obtains a patent to make it possible to use it on PS5 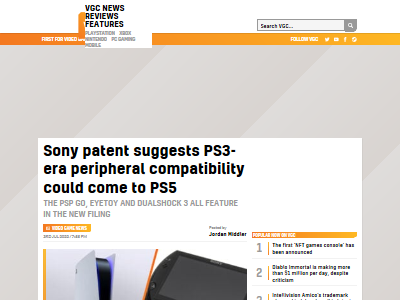 According to a newly granted patent this month,Sony is trying to make peripherals and portable game machines released in the PS3 era compatible so that they can be played on PS5It seems

Because there are many peripheral devices of the PS3 era,Sony is working hard to emulate PS3 on PS5I can see that.

A premonition of an explosion of PS3 titles

Media Remote in the PS3 era was the best! I’m willing to pay if a patch makes it work again!

However, a patent does not necessarily translate into a product.

Compatibility patent that allows PS3-related devices to be used with PS5…! ?
What is this…

↑But it’s been said, but it would be great if I could put a PS3 disc in my PS5 and be able to play it…