[Sad news]Tsui Tami “When I was watching anime, it was hard to see that popular light novel being called ‘old light novel’…” → Seriously…

“My stepmother’s stepchild was my ex-girlfriend” Episode 8, “The Melancholy of Haruhi Suzumiya” is called “old light novel”, it’s painful… pic.twitter.com/yoSx9quHXd 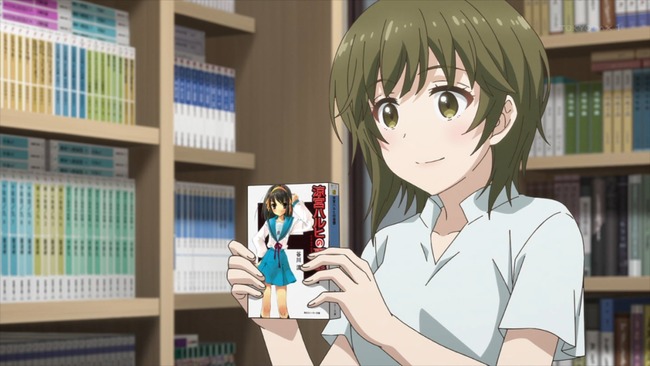 Before, when I told a newcomer writer, “Look at Haruhi.”
I was told that I was only 3 years old when the first volume was released.

Well, it’s about twenty years ago…

Recently, I’ve been putting more effort into pilgrimage to the sacred sites of Nishinomiya.

Well, if it was 20 years ago, it would be an old light novel. I don’t understand the recent light novel on the contrary www
If you’re an old century otaku, read “The Distress of the Egg Prince Kylerod” or “The Witches of Paradise”! ! (Eh

It’s better not to take the literary mount by showing Gineiden and saying, “Why are old light novels so heavy?”

Gaha…
(However, it’s because I came from the anime…)

“The Melancholy of Haruhi Suzumiya” is an old light novel! ?
How stupid──