[Sad news]The anime “Drop Kick on My Goddess” has become a local PR animation, and the phrase “Yuyuta” appears and it gets rough

Actually, I participated as a voice actor as Mob A in Jashin-chan Dropkick that was broadcast the other day pic.twitter.com/uJHdg4J2AC

Jashin-chan uses several episodes of the anime for local PR and uses Yuyuta to feel the beginning of the end
Also, what happened to the V-tuber becoming a voice actor?

The appearance of Yuyuta’s evil god I’m in a worse void than when MARVEL collaborated with Hololive.someone save me

Yuyuta’s next move would be “Cosplay as Jashin-chan and sing the opening of Jashin-chan with that harsh high pitch”, or “Collaborate with someone who sings Jashin-chan’s OP”, so Jashin-chan fans will continue to be vigilant. Tekure

the beginning of the end

I missed you, evil god

What are you doing Yuyuuta?
No, Evil God-chan is bad.

Jashin-chan, I collaborated with Yuyu
I won’t see you anymore

I don’t understand the meaning of Yuyuta going out to Jashin-chan and being devastated. Jashin-chan was originally that kind of anime.

Yuyuta Jashin-chan’s appearance makes the otaku go mad, but the lines are mobs!
If I appear as Yuyuta, I’ll go mad, but is it that mad? 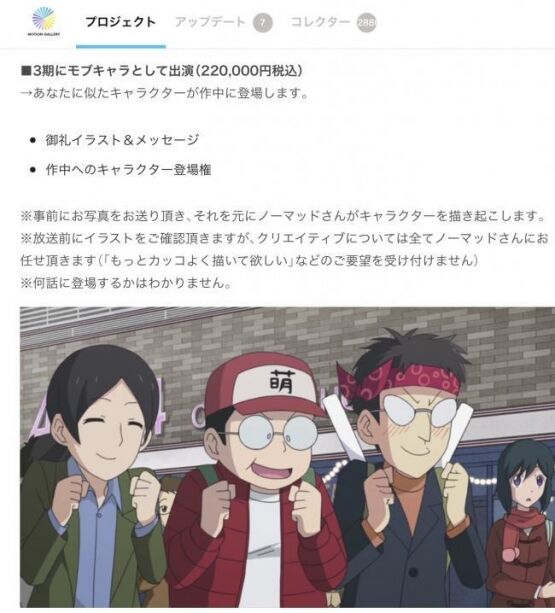 ↑ Is there such a thing?
yeah

There are a lot of disgusting mobs looking at the camera in the main story.
Kurafan is really tight

If it’s a privilege, yeah
If not, I’m really shocked 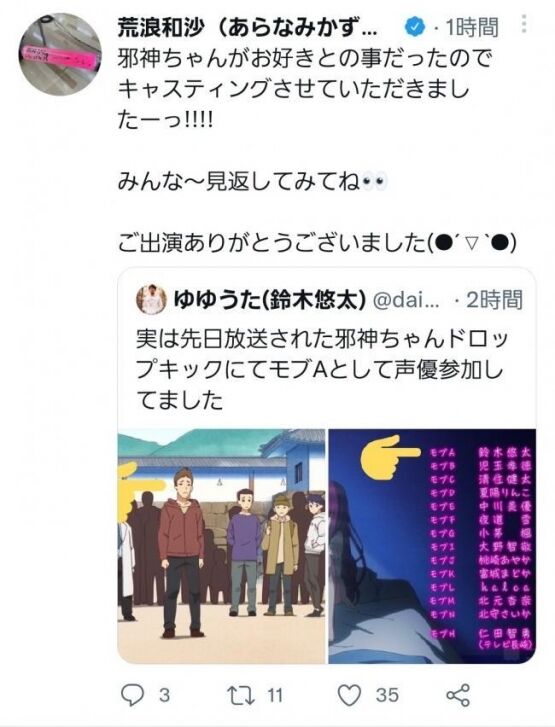 It ends with a freaking grass

Uwakissho
I have no complaints if I invest and perform, but this is not

I was looking forward to it every week but it’s withering away
Why would you put out this kind of YouTuber?

Yuyuta is amazing in a way, even though he just appeared as Mob

By the way, the funniest thing is not Yuyuta, but Yadou Yuki, who invests and does mobs.

This anime is cooperating with the local government to produce a sequel, so it can’t be helped to some extent to promote it locally.
The local edition was subtle and I was fed up with three episodes in a row, so Yuyuuta was thrown in.
It seems that the dissatisfaction is finally becoming apparent, and the next time will be the local edition