[Sad news]PS4 / Xbox / Switch “Tales of Symphonia Remaster” turned out to be fixed at 30fps, flooded with criticism overseas that it is degraded from the 60fps of the GC version

Tales of Symphonia fans disappointed remake is 30fps
Was mostly 60fps on GameCube. 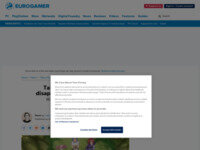 ・GameCube’s classic RPG Tales of Symphonia is getting a re-release on modern consoles, but fans are disappointed that it’s stuck at 30fps.

Fans believe the issue stems from the fact that Symphonia, which will be updated in this remaster, is not the original GameCube version.

・The port of the PS2 version included a lot of additional content, but it was fixed at 30fps.