[Sad news]Mr. Ex Albio, who belongs to Nijisanji, uses a certain trick to play the eve of “Splatoon 3” earlier than the opening time, burns down, and apologizes… What is this?

“Eve festival” where you can experience “Splatoon 3” released on September 9th a little earlier will be held from 9:00 am on August 28th Japan time.

Regarding this eve, Nintendo warned, “Be careful because you can’t reselect your residential area!”

(postscript)
You can only select a region for the festival in “Splatoon 3 Eve Festival” once per Nintendo account.
Please note that once you have made your selection, you will not be able to reselect your region even if you delete your save data.

↓However, a certain site introduces how to do it, saying, “If you select a region overseas, you can play earlier than the opening time in Japan!” 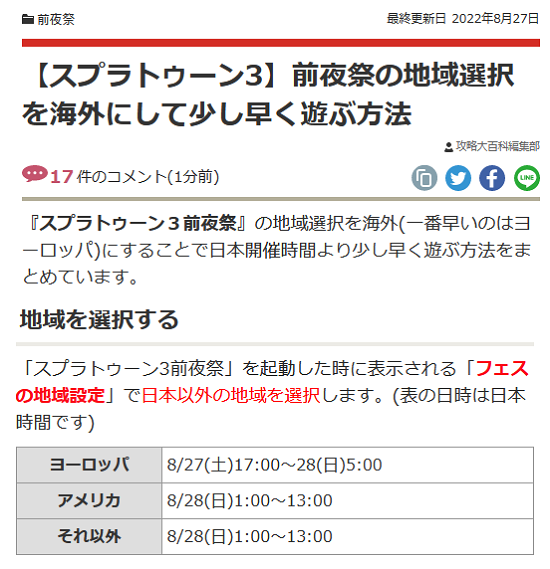 Mr. Ex Albio, who belongs to Nijisanji, played earlier than the opening time in Japan by the above means, but it got rough, and he deleted the video and apologized 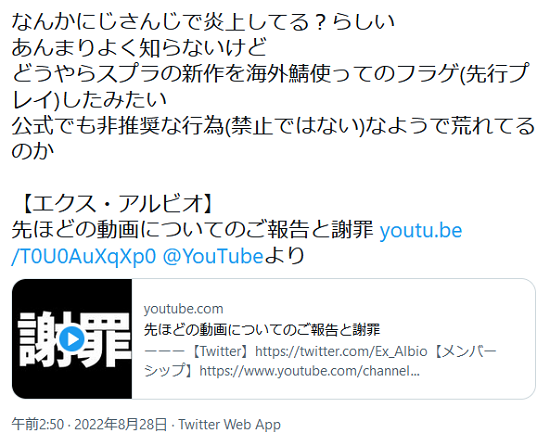 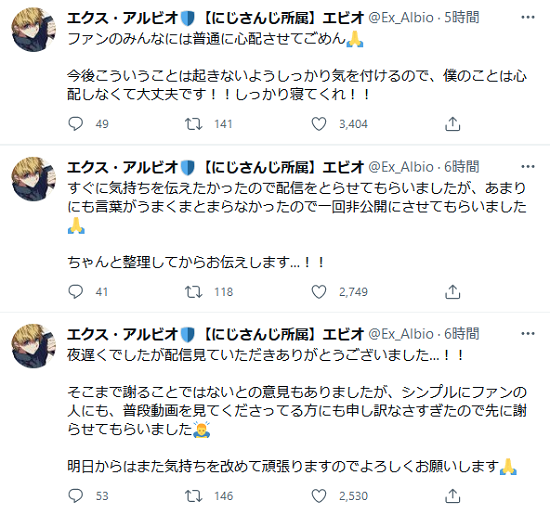 By the way, this guy belongs to Nijisanji, which has a comprehensive contract with Nintendo.

It’s not like I can spend a lot of time

But Nijisanji is clean

I didn’t bother anyone

Apologize and delete all the broadcasts that caused the problem so that there was no flames
As expected of a listed company!

It seems like you don’t know what’s wrong
Nijisanji was like a driving school, and it was a system where someone who graduated could debut as a river, right? What have you been teaching me?

Nintendo made a non-recommended announcement about Atsumori Time Leap, but if you delete the video, it will burn
You can leave it alone because it’s a violation

Holo is a big flame regular

It’s a matter of morals.

It’s not recommended behavior, but it feels like hmm
I understand the feeling of wanting to play as soon as possible because I like it.

I don’t think I’m bothering anyone
Nijisanji has a comprehensive license agreement with Nintendo.