[Rumor]Overseas reports that Sony is planning an MMO for “Horizon”!Developed by Lineage’s NCSOFT

Horizon MMO reportedly in the pipeline 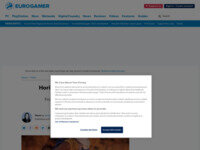 ・A source familiar with both Sony and NCsoft told South Korean news site MTN that the two companies “have tentatively agreed to proceed with a business alliance in which NC produces new games using Sony’s promising game IP.” reported

・The article further states that NCsoft’s in-house development team is “creating a new version of the Horizon IP produced by Guerrilla Games” in its first franchise collaboration.

Meanwhile, earlier this year, it was reported that a Horizon Zero Dawn remaster was currently in the works for PS5.In addition to this, the report also states that an online multiplayer set in the Horizon universe is being developed for PlayStation.

The online multiplayer is said to be compatible with both PS5 and PC, and appears to be a separate project from the MMO project above.