[Rumor]iPhone SE, a new model (4th generation) that looks like “iPhone XR” will be released in 2023 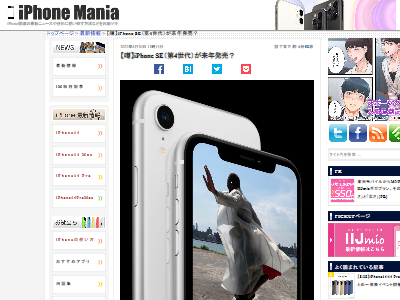 Information that the iPhone SE (4th generation) will be released next year was posted on Twitter by leaker AppleTrack (@appltrack).The source of the information is the latest episode of the podcast program “Geared Up” (distributed on August 29th local time).

according to this,The iPhone SE (4th generation), which is expected to be released next year, is a rebrand of the iPhone XRIt is said that

Because SE3 was weird

SE2/SE3 is just right if you just want to carry it around instead of a wallet… but for watching videos, the bigger the better.