RPG Developer Bakin, an RPG production tool that allows you to enjoy creating games without programming knowledge, is now on sale. Simultaneous release of paid DLC with the motif of “Western” and “Modern City” 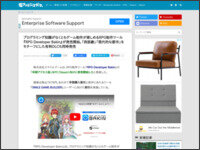 ・Smile Boom Co., Ltd. announced that it has launched the “Early Access Version” of its RPG production tool “RPG Developer Bakin” for Steam.

・The price is 7678 yen including tax. At the same time, early purchase discounts and discounts for users of the previous game tool “SMILE GAME BUILDER” are being implemented.

・Graphics, effects, and sound assets are included or available as free DLC, so you can start making games right away.