[! ? ]Oculus founder “I tried to make a VR headset that dies in reality if you die in the game wwww” 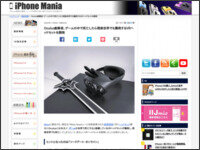 ・The founder of Oculus, a VR headset developer that was acquired by Meta and now renamed to “Meta Quest”,If you die in the game world, the VR headset you are wearing will explode and you will die in the real world.He revealed that he had developed a terrifying VR headset.

・According to his blog, he got a hint from the light novel “Sword Art Online (SAO)”. According to the settings, SAO’s official service will start on November 6, 2022, and Mr. Lucky has updated his blog to coincide with this date.

・ Three large explosives are attached to the top of the VR headset,The photo sensor detects when the game over screen is displayed on the headset and explodes.

・Mr. Lucky is also the founder of Anduril, which develops military drones and weapons, so it seems that obtaining explosives is a good thing.