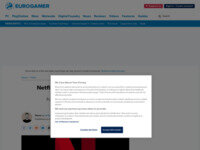 ・The new studio will be based in Helsinki and will be directed by Marko Lastikka, who has worked for Zynga and EA.

・The studio will produce “world-class” original games with no ads or in-app purchases, Engadget reports.

In the past, Netflix has acquired existing game development studios, but this time it will be the first time to establish a game studio from scratch.

・Amir Rahimi, vice president of game studios, said in a press release“This is our vision to build a world-class game studio and provide hundreds of millions of members around the world with a variety of original games that are fun, deeply engaging, and free of ads and in-app purchases. It’s a new step.”said