Mobile gaming continues to dominate the rest of the platforms

As usual, the vast majority of companies publish theirs financial results for the 4th quarter of 2017, to close 2017 on these dates. As we did last year, we are going to see the results NCsoftwhich seems to be quite promising with some net benefits of 64% better that in 2016. 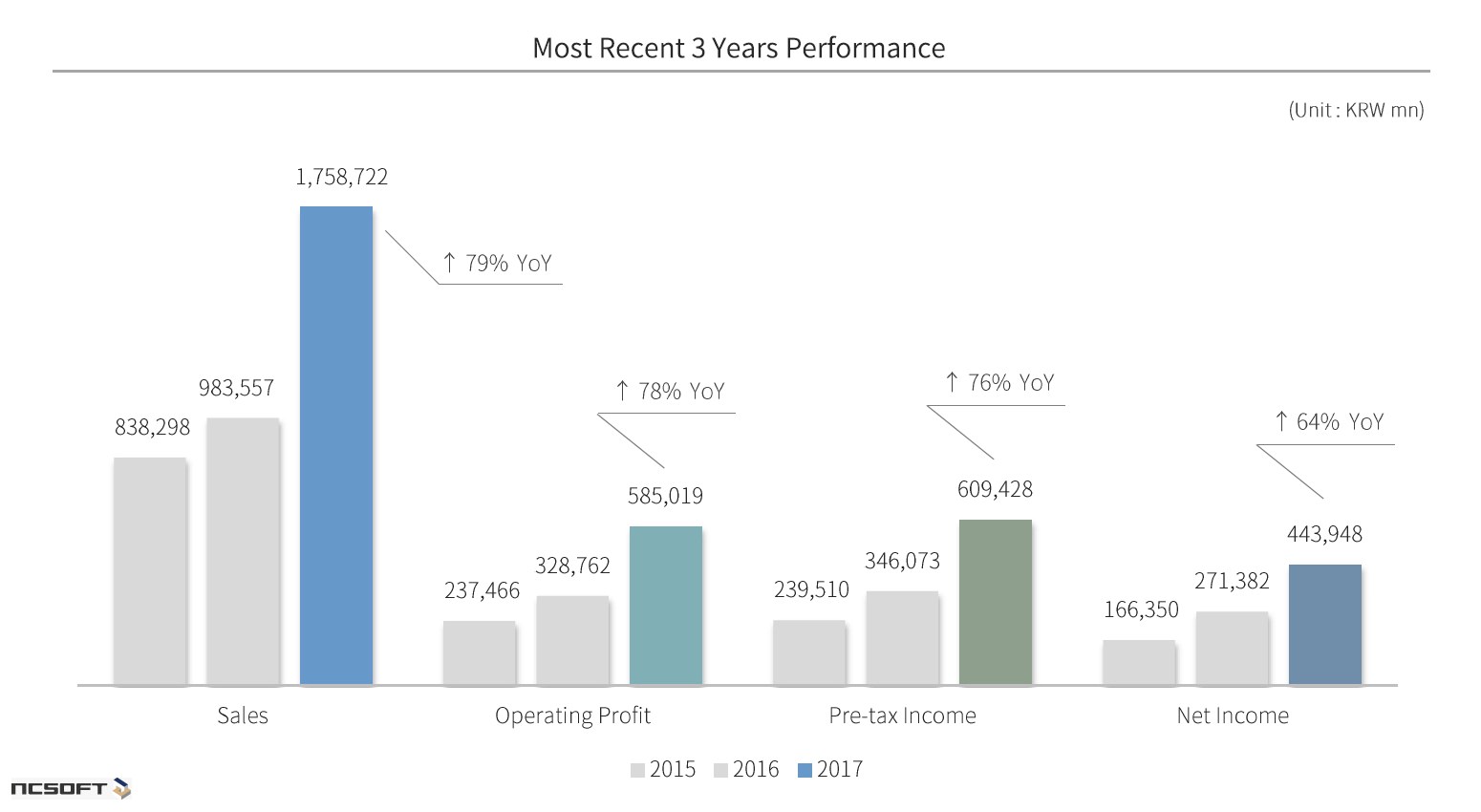 As we can see in the next graphic, the games on mobile devices represent 57% of NCsoft’s total revenue for the year 2017, a rather significant figure, and which will increase every year, not only in this company, but in the vast majority. Genus 1 lost strength and lost one 59% with respect to 2016, probably due to a movement of users towards Lineage M.

During the conference where the results were released, NCsoft announced that there are currently 13 games under development, including titles for mobile devices such as Blade & Soul 2, Aion Tempest, Lineage 2M, in addition to the refurbished Project TL for PC that supports Eternal Family and of which the first tests for this year 2018 are expected.

To conclude, NCsoft also commented that it is working on several AR and VR projects, although no details were given to meet in some very early stages of development.