Movie “The Super Mario Bros. Movie” Trailer Released for the First Time in the World! Released on Friday, April 28, 2023 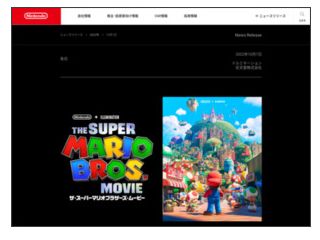 Illumination and Nintendo to release in 2023
From the movie “The Super Mario Bros. Movie”
World Premiere of Trailer Video

The director is “Teen Titans GO! Aaron Horvath and Michael Jelenick of “To the Movie”, and Matthew Vogel of “LEGO R Movie 2” and “Minions Fever” are in charge of the script.