・New “weapon derivation”, “armor”, “layered equipment”, “skills”, and “accessories” will be added.
・A new alchemy “Alchemy/Aurora” will be added to Maca alchemy in the general store.
Please see this page for details. https://t.co/p517uZoFuC

“Monster Hunter Rise: Sunbreak” New Maka Alchemy Appears in the latest update, “You can specify one talisman skill”.Lower the hurdle of careful selection 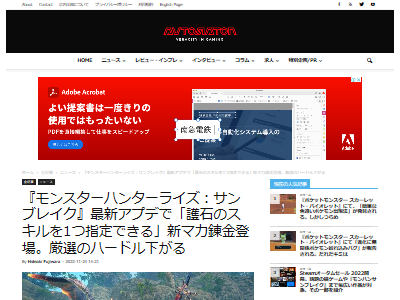 And in the general store’s Maka Alchemy, a new“Alchemy Aurora”appeared. Maka alchemy is a function that allows you to generate a charm stone by consuming a certain number of material items. Each talisman has up to 2 types of skill and accessory slots to boost your armor skills.newly appearedIt is possible to specify one type of skill in “Alchemy Aurora”.In other words, it is now possible to generate charms that are guaranteed to have your favorite skills such as attack and master.That’s why. This function will be unlocked after defeating Gore Magala, who is groaning in chaos.

In traditional alchemy,Skills granted were random. When pursuing the ideal talisman, it was necessary to carefully select a talisman that had all of the slots, skills, and skill levels.Since there are dozens of skills, searching for the ideal talisman was a tremendous endeavor. With the advent of “Alchemy Aurora” that can fix one skill,The efficiency of selection will be greatly improved.

[New Maca Alchemy]
You can select the first skill for Alchemy and Aurora!
If you choose an attack, you’ll get a talisman with a guaranteed attack, so collecting talismans has become much easier!

Also, Alchemy and Aurora can be unlocked by defeating Chaos Gore, so if you haven’t yet, it’s recommended to unlock them quickly!#monhan update #maka alchemy pic.twitter.com/o96EbcX1vX 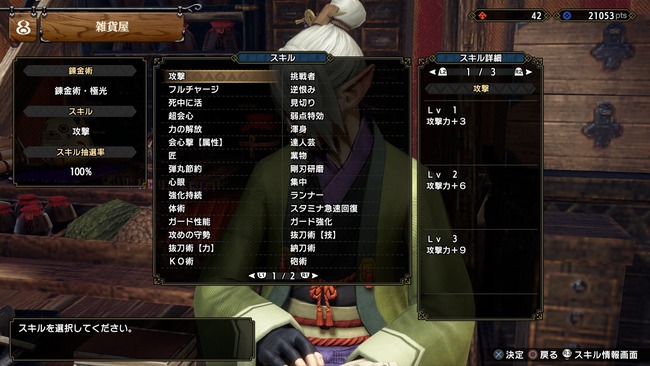 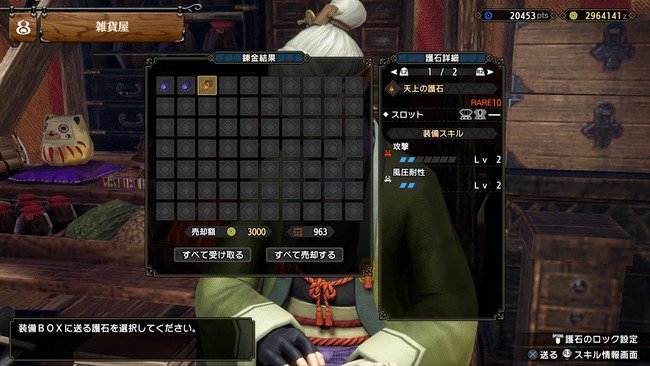 Isn’t it a god update like what it was until now?

Self-attack 3 sheathing technique 2s21 came out, I want you to return the material you bet so far w

All the time up until now has been wasted.

I don’t think it’s a waste if you’ve been hunting a lot with that equipment, even if the equipment you’ve pulled so far is useless.
From the beginning it seems like

Madness is interesting, but I predict it will become a mine skill
I’m overflowing with chaos

I bought Haruna Kondo’s voice, but it makes me laugh with a really cute voice.

It’s really a god update
Good, go home early and do it

Well, changes like this always come with updates, and the fun of assembling equipment has increased!
Amatsumagatsuchi is also rumored to be added, so it looks like it’s still going to be fun