■ Related articles
[Sad news]”Pokemon SV”, processing failures, error failures, progress impossibility bugs, etc. are seriously full of problems … → What is the cause?
[Seriously?]”Pokemon Scarlet Violet” turns out to be a specification that does not force a battle even if you make eye contact with NPCs! 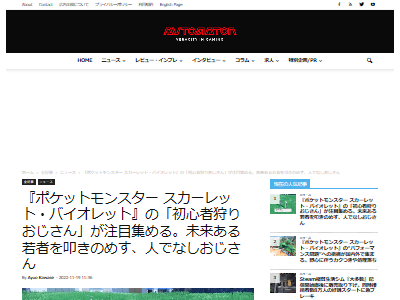 “Pokemon Scarlet Violet”of,A certain NPC is attracting attention.Appear in an area that can be reached from the beginning, start the fight with sweet words, andknock down in despair.thisThere are many reports of uncle’s damageNoda.

What is that uncleMasatoshi the Taxi Driver. She’s an uncle standing a short walk past a cave near Table City. She looks so ordinary.when she speaks“I want to be an experience for young people with a bright future.”and speak. You may think that it will be an experience value for trainers who have just started the game. But this uncle is unbelievable. because this uncleUnleash a level 56 WarubiaruNoda. 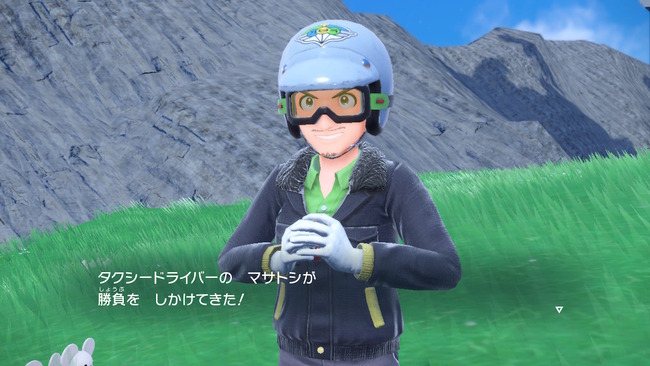 Table City is the first big city you visit. If you are a Trainer who came straight to this town,The pokemon I have is at most level 10 to level 15.right.

Examples of this include“Pocket Monster Sword Shield”or“Pokemon LEGENDS Arceus”However, there have been cases in the past when encountering powerful Pokemon from the beginning. However, for a beginner hunting uncle,Standing calmly in a place that can be reached from the beginning, he reassures with sweet words and beats him.In that respect, the level of vulgarity is different.

Have you ever hunted a serious beginner from this line? ? ? ? ? #Pokemon SV pic.twitter.com/ytbyNt3DRT 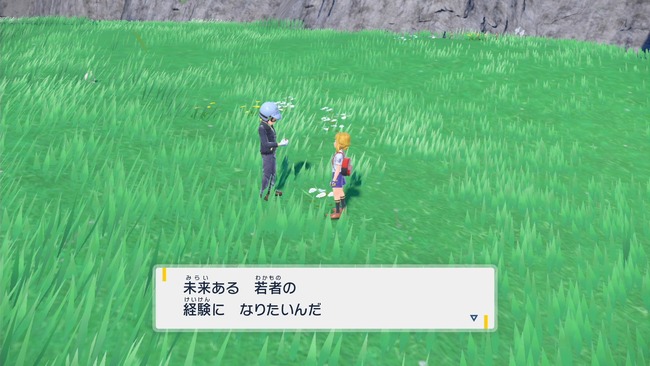 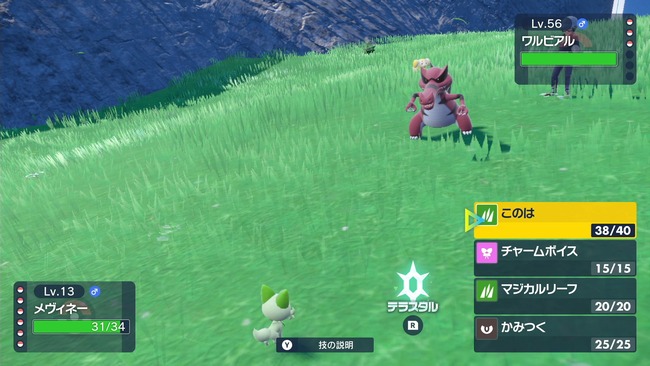 I will never forget this

By daring to bring out a strong enemy and force defeat
“Unpleasant role that makes you shift your feelings from the previous “ lukewarm level range ” to “ experimental level range that can be used in gym battles ”.
If you are willing to sell, isn’t it a lie that “I want to be an experience value for young people with a future”? (too much guessing)

From now on, if you don’t talk to yourself, there won’t be a battle…
In other words, speaking is self-responsibility,
You don’t know how strong a trainer is until you see a Pokemon
It’s a bit of luck

Somehow, there was a crazy commentator who said, “I’m playing for the first time, but I’m going to tie up a dying Pokemon and let it escape!”

I usually lose so much that I bully beginners, yeah.

It’s the sword shields who have seen the wild area.
I can’t stop fear

I want to turn young people with a future into experience

I have to crush the stake that sticks out…

What the hell is this old man… But if she’s a cute girl, I can forgive even if she’s being hunted by beginners.

Come back after you’ve gotten stronger, and let’s get you experience (value) properly