Launch from 4th to 8th December

We’ll be back in a week MMOinGame with the week’s most interesting PC launches. Loose comforts, will also be able to bury the titles that are being launched, but we will not go into detail if they are exclusive.

This week is pretty cool, and as a highlight we have THQ Nordic’s SpellForce 3, which launches on December 7, 2017 for PC.

Launch from 4th to 8th December

Steep: Road to the Olympics

Steep: Road to the Olympics is a nourishing expansion of content for the video game about summer skating and extreme sports produced by Ubisoft and named Steep, which is centered on the Olympic Games in Pyeongchang. Road to Olympics invites the athlete to take off through the rugged hills of South Korea, a country where competition is evolving, as well as through the mountains of Japan. Among its innovations are several races, and the arrival of unpublished sports disciplines in Steep: Downhill, Slopestyle, Halfpipe, Grand Slalom, Super G and Big Air is well known.

Steep: Road to the Olympics launches for PC, PS4 and Xbox One the next 5 December.

SpellForce, the classic RTS and RPG returns to life years after launching with this third episode developed by Grimlore Games. The video game, edited by THQ Nordic, broadcasts its action moments before the episode The Order of Dawn, so it’s a precedent. SpellForce 3 keeps your fantasy world intact and gives you the freedom to create and customize the hero’s abilities in detail. Contains collaborative and competitive multiplayer capabilities that combine RTS and RPG genres in one way or another to explore Eos’ fantasy world. 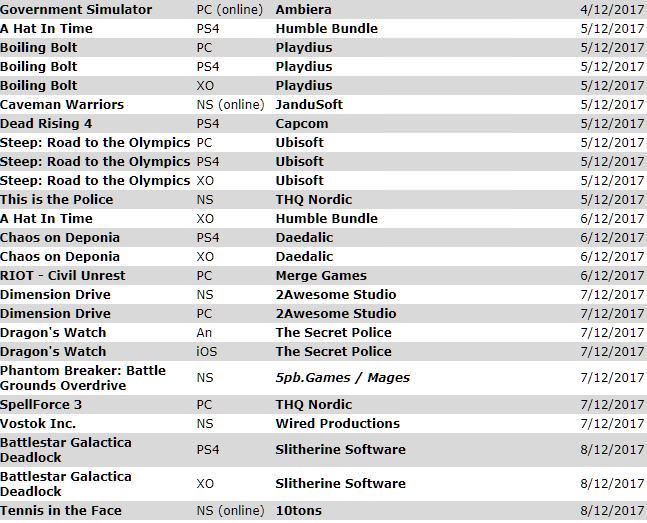