Konami is conducting a survey about Suikoden!A comparison video with the original version is also released. 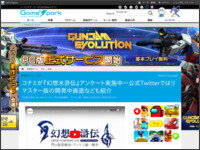 ・Konami Digital Entertainment is conducting a survey about the RPG “Genso Suikoden” series.

・In addition, on the official Twitter account, where the questionnaire was announced, comparisons with the original version of the screen under development and introduction of added functions are made.