Pokemon SV, it would be nice to have a system that automatically changes the level of gym-related Pokemon in the order in which the user went around and challenged. It’s fine to trample a level 20 gym with a level 40 hand, but I want to “fight” the gym leader “closely” and “find a narrow victory”… I prefer a memorable gym battle than a record. …

In the anime Pokemon THE ORIZEN, Takeshi checked for gym badges and narrowed down the number of Pokemon to two, so that might be ideal. pic.twitter.com/3azLangm1O 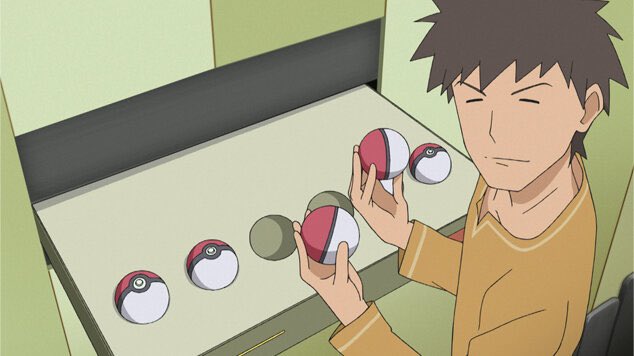 I thought that if it was an open world where you could do whatever you wanted, then it would be so…

It seems that Nemo, who is a rival, has been adjusted to some extent, so it shouldn’t be impossible…

Since the game is made so that even small children can play it, it would be nice if there was a system where you could choose the level of difficulty.

I think it would be interesting if it turned out like this, but the development seems to die

Haven’t you forgotten that it’s a game that kids play?

I really wanted the level to change as this person said
What is the meaning of an open world where you can move around freely, such as fixed gym levels?
I’m going to the gym while thinking
I want you to improve

I had heard that it was an open world, so I was thinking about this, but it was still different.
I understand that setting is difficult when asked what the standard is.
It would be interesting to have 3 matches of level 50 selected like a net match.

If you do that, people with poor information acquisition like small children will not be able to hit at the level. If you don’t do it right, you might get stuck. Adjusting how loose it is is hell for developers.

There are people who see this and say that it will become impossible to have children due to the high difficulty level, but that is not the case.
The level of the gym will only change, so there will be no increase in difficulty at all, and the gym battle will be similar to the growth level when you arrive at the gym.

I think that’s the kind of adjustment that everyone thinks of, but it’s not realistic, and I think the fact is that a weak gym should be a weak gym.
Freedom in an open world is the number of options, not the number of routes. Since there is only one growth curve for Pokemon, it is inevitable that there is no choice but to proceed on one rail.

I kind of understand how you feel, but as it was mentioned in the game, it’s easy for beginners to head straight to places near Table City, so I think this system matches the world view. right

Don’t forget that Pokemon is a game for children after all…
Oh, please fix the map facing north

I don’t know if it’s a game, but if you want to enjoy it as a single world, it’s fine as it is now.
I think that system is too kind to the player and destroys the worldview.
One of the reasons I quit Genshin.

I see, there are people like that.
Personally, Pokemon is just a battle tool, so I’m a group that efficiently crushes it with a strong guy.

Affinity between RPG and open world.
Above all, I wonder if the affinity with Pokemon is low. You have to change your technique according to your level.
Also, I feel like there’s more demand for trampling play these days.
It feels like fewer people are looking for a “close battle”.

I really sympathize with this

No, it’s not really this, I thought I wanted to do that, so I chose this system, but I’m disappointed.

I really thought this
But technically, specs would be tough
Even though it’s an open world, it’s quite heavy, but if each gym, if it’s a star group or a nushi, wants to do it, they have to create tens of thousands of programs.
Even if you can assemble it, this time it will be tough due to the limit of Switch

Around 2010 or so
In this day and age where open-world games have become so popular, it’s crazy that they haven’t learned anything from other games.
The same goes for physics bugs

This is it.
Even though it’s an open world, the order doesn’t change no matter what you do because the levels don’t change.
Doesn’t it need to be open world then? It becomes
Honestly, I’m glad I didn’t have to force the open world to make the movement jerky.

It’s okay after clearing like that (laughs)
Why don’t you make an effort to meet yourself?

Alright! Pokemon’s first open world! Feel free to go to the gym you want!
Wow! This gym leader is strong! But I can go! Let’s do our best!

···that?Somehow the second half of the gym is all about the lower rank… there’s only fucking small fish
I completely took the wrong route.

Even though it is an open world, the route is decided after all, and if you ignore it, it will only feel like work
Does this mean open world?I was kind of disappointed.

Even though it’s Nintendo’s god consideration for game beginners who are not used to open worlds! !
Don’t say the right things! Negacamp B! Pokemon SV is the best open world ever! !