It turns out that “CoD: MW2” PC / Xbox version can not turn off cross play! “I can’t deal with cheaters” “I don’t want to play with PAD’s aim assist” 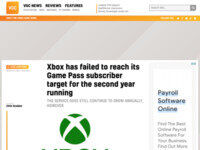 ・VGC reported on cross-play in the latest Call of Duty series, Call of Duty: Modern Warfare II, which was released on October 28.

・In the PlayStation version, you can choose to enable or disable cross-play, just like CoD’s previous work.

・Xbox and PC players complain about crossplay on Twitter

・In the PC version, many players use a mouse and keyboard, and the PC version is susceptible to cheat software.As a result, many console players want to turn off crossplay.

・On the other hand, console versions often have aim assist as an option.Some of you may want to avoid playing against aim-assisted opponents and want to fight PC players using mouse and keyboard.