“Guilty Gear Strive” where the original male daughter character “Bridget” finally entered the battle, the player population of the Steam version will be amazing wwwwww

With the announcement of “Bridget”, the number of players of the Steam version of “GUILTY GEAR -STRIVE-” has increased by about 5 times https://t.co/MXzi3R2qtj

The main part of the game shines at the top of the Steam sales ranking. A young lady’s boy makes destructive popularity known to the world.The price of the game has been revised to “3990 yen”, making it possible to enjoy “Bridget” at a great price pic.twitter.com/c40NY1ljsF— Denfaminico Gamer (@denfaminicogame) August 9, 2022 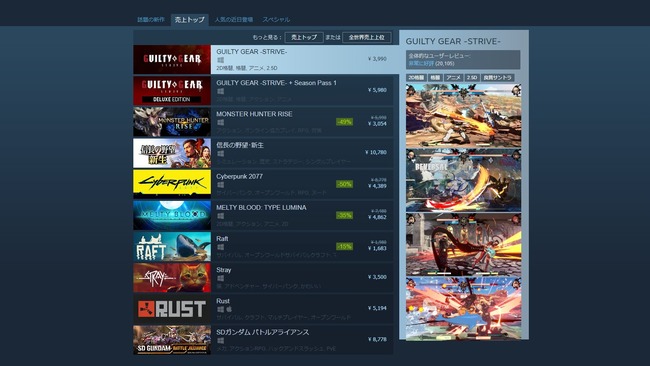 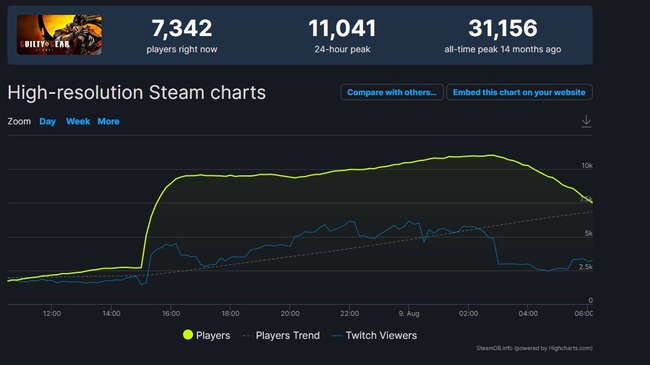 Looking at the August data,The average number of players per hour per day is around 2000.,As of 17:00 on August 8, 9586 people have been recorded, and the number of players has increased about five times.It can be seen that it is increasing.

Bridget of this work, answering various needs by color selection (in a foot sense)
It goes without saying that the existence itself is that (increase the number of sales)#GGST #GUILTYGEAR pic.twitter.com/Elctnfudlj

cute is justice
Sex is nothing to do

If such a charming man’s daughter appeared, of course

grass
can i buy it too

Didn’t you blow out on the train? 5 times is dangerous www

I wonder if I’ll come back

any game
It’s important to have a poster girl ()…

They look different, have different voices, and have a lot of bruises, but they’re still cute