Gravo “RTX 4090” fire problem finally developed into a class action lawsuit! Nvidia official opinion “The cause is XX of the cable” 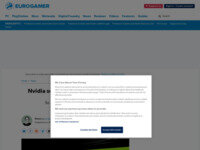 ・The part in question seems to be the 12VHPWR power adapter.

Nearly a month after owners reported the first instance of a melted power adapter, Nvidia claims it is still investigating the issue.

・This lawsuit was filed in the United States District Court for the Northern District of California by Mr. Lucas Genova on November 11.

・In the lawsuit, Mr. Genova said that he purchased the RTX 4090, but once installed, the power adapter melted and immediately stopped working.