Epic Games vs 14-year-old and his mother, second part

Epic Games did not retreat from the smaller demand

Currently November 27 and we like Epic games claimed two Fortnite players for trampolines, literally in its free Battle Royale mode.

Today, new data has been revealed and Epic Games has sent a letter to the court in which Epic’s lawyer stated that the legal restrictions on the use of a minor’s name in legal documents only apply if the person is known to be a minor. “We did not violate Rule 5.2 (a) or the Local Civil Code 17.2 because we did not know the defendant was a minor when we filed the documents,” he said.

In the future, Epic will write the name of the accused or just use the initials. This indicates that the company will continue its litigation. 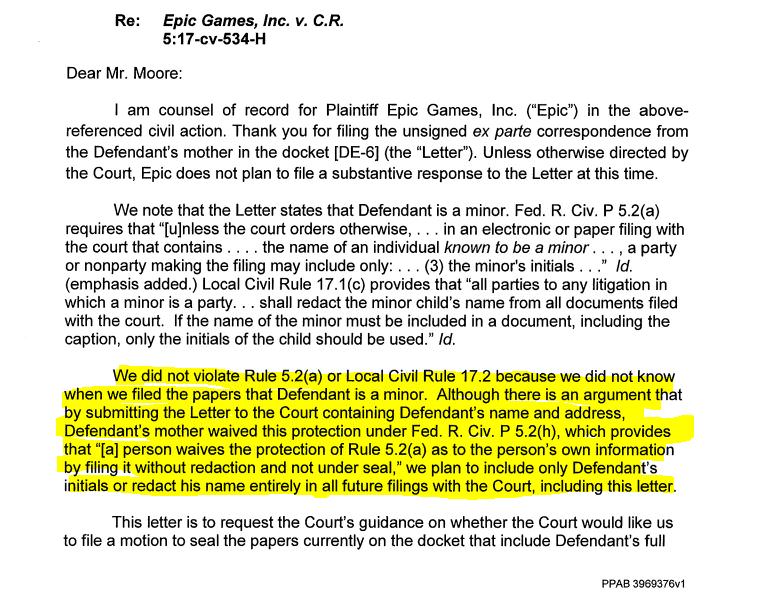 It seems that the builder is not looking for a financial compensation with all this, if not much more. These deductions are based on an agreement entered into with Charles Vraspir, the other defendant for fraud, by which he agreed that he could make a dent in Fortnite or in any other Epic game, under threat of a minimum fine of $ 5,000, if done, without mentioning any other form of penalty.