“Cyberpunk 2077”, which had a bug festival and a commotion about refunds, has completely joined the ranks of God games due to its rapid increase in popularity, and even beats “Elden Ring” 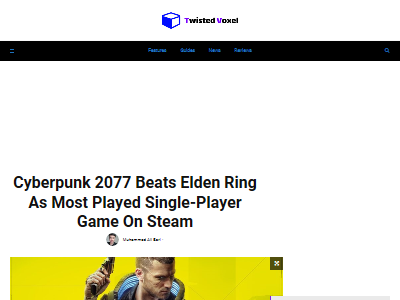 In the latest update v1.6 of “Cyberpunk 2077”,The content of the anime “Cyberpunk: Edgerunners”, which was recently released on Netflix, is included.Maybe that’s why the number of players has increased.

It would be surprising considering that at the beginning of the release, bugs and defects caused refunds and sales suspensions. 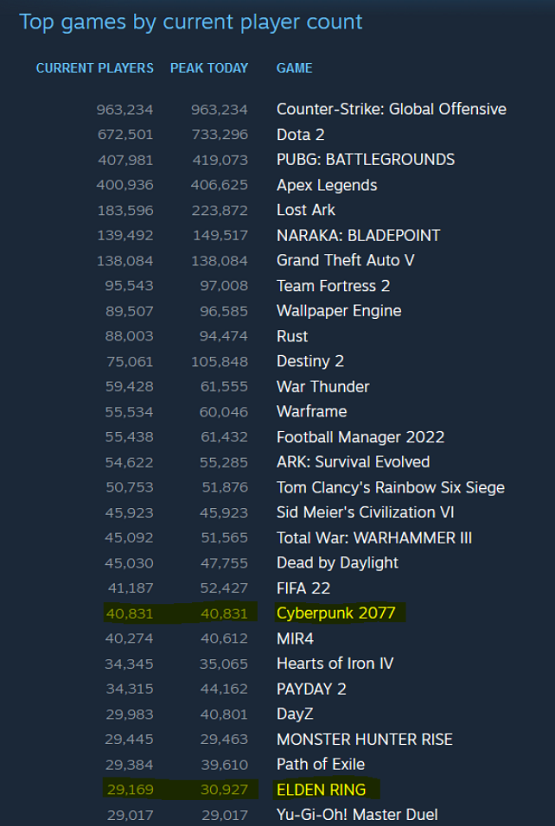 Strictly speaking, I have a feeling that Elden Ring is not a single player game.

Cyberpunk is this year’s GOTY

↑ Try playing on a stationary machine.Even if my mouth splits, I can’t say the same thing

I think it’s probably partly due to the distribution of the anime, but the number of cyberpunk players is increasing.
When it was released, it had a lot of problems and was criticized, but in the end it turned out to be a good game.