■ Related articles
Former lawmaker of the Constitutional Democratic Party, bashing that the advertisement of “Sakumitama Saki collaboration” is sexual
Former member of the Constitutional Democratic Party who criticized the advertisement of “Jakumitama Saki Collaboration” received a series of threatening emails…

I commented on the above tweet because there were inquiries. pic.twitter.com/PBbIp5NuG2

・The characters in the manga “Saki” are set as high school girls and are depicted without pants.

・I have no objection to loving such works

・I just expressed my surprise at the commodification of women’s sexuality, but I’m not saying that it should be regulated.

・Regulations by laws and ordinances should be restrained and cautious

・My problem presentation highlighted the current situation in Japan. 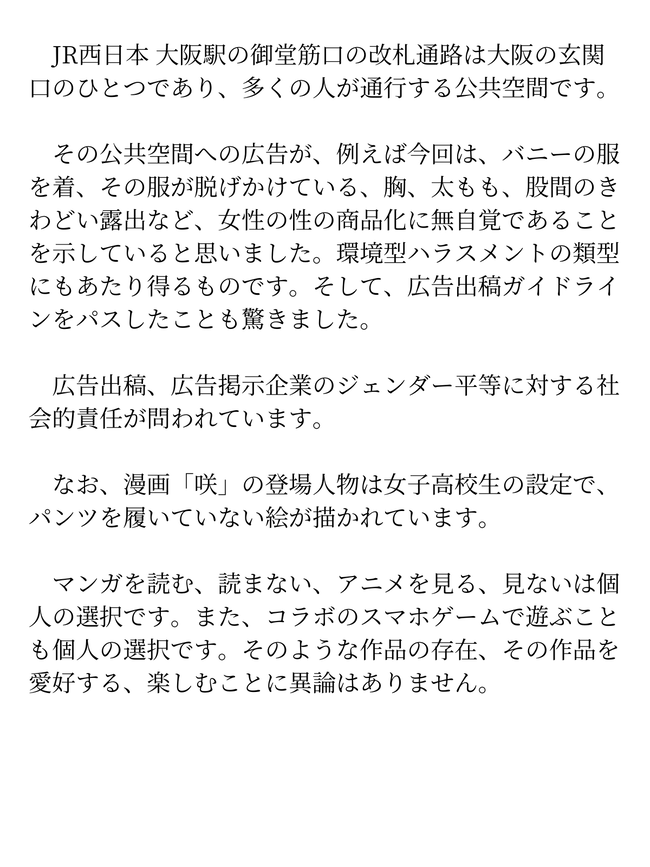 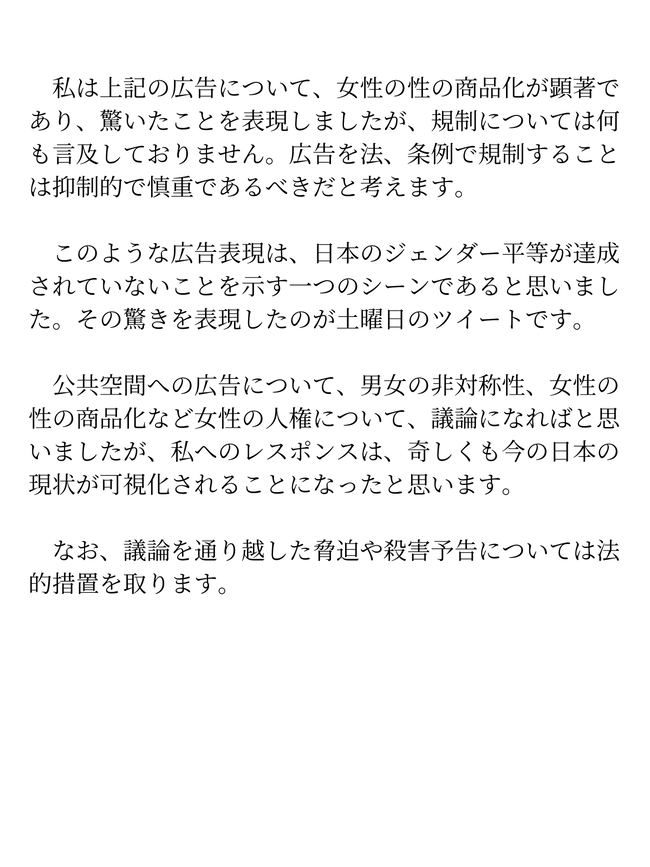 “It can be a type of environmental sexual harassment.”

Do you have this explanation?

>In addition, the characters in the manga “Saki” are set as high school girls and are not wearing pants. https://t.co/Bhha00yqqP

Well, they say “Legal regulation should be cautious”, but the only answer is “If this kind of lawmaker is elected again, there is a possibility that my favorite anime manga will be legally regulated even if it is not 18, so please stop voting.”
Even though it’s an obscene thing that can’t be displayed in public, no one believes it when they say, “You’re free to enjoy it.” https://t.co/zYq0pvKe8t

Ads don’t include illustrations of characters without underwear
I’m making the excuse that I’m in the main story, but if that’s the reason why I want to get rid of the ads, it’s just Ichamon.

Setting up a character whose name I didn’t even know
Even if you say it like you knew it from the beginning and thought it was a problem, wouldn’t you believe me?

“Cartoon ‘Saki’ ~ A picture without pants ~”
⇒The poster is the problem now.

“Your clothes are coming off.”
⇒Where? (Sweat

The common misandry of trying to justify one’s displeasure with nonsense words like “sex commodification” and “sexual consumption.”
They do not understand at all the harmfulness of criticizing someone for not putting something that they value in public.

First of all, the meaning of environmental harassment is wrong, so check it out.

Do you mean “I want to regulate, but I’m not saying to regulate”?
I get the impression that he says what he wants to say, but wants to run away from the responsibility.

I read up to “I want to suppress Kimoota, but I don’t want to take responsibility.”

I doubt whether gender equality can be used as an argument. Are there no women among Moe-e fans?

The feelings of women who like illustrations of cute girls are completely ignored and left behind.

You temporarily corrected the trajectory that you were not trying to legally promote expression regulation.
However, the theory of “corporate social responsibility” is pushing for self-regulation.
That’s no good

I don’t intend to regulate it while sticking a meaningless label that it can be classified as environmental harassment.
To sum it up, it’s like, “I put labels on them and criticize them, but I don’t bear the brunt of restrictions on expression.”
Isn’t it okay to simply say “I don’t like it”?

A politician who can say this without hesitation is scary.
I understand well that he is a politician who can trample on the freedom of the people with his own feelings.
This is how the constitutional democratic party is a gathering of kiwamono no matter how long it is.

and? What’s your excuse for posting something you find sexual without filters?

Isn’t it too vicious to bring up Saki’s original work?
What will you do if the author shrinks and changes the direction of the work?
Don’t you realize how bad you are doing…

An unsuccessful lawmaker tried to earn points by flattering femme
Another work is about to be destroyed for such a silly thing
He seems to think that he can escape if he says, “I’m not telling you to regulate it.”
I can no longer close my mouth that I opened in amazement