[Celebration]Three years after the release of “Death Stranding”, the total number of players exceeded 10 million! 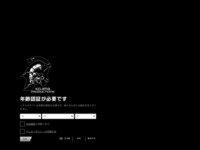 As of November 8, 2022, DEATH STRANDING has recorded over 10 million users globally. Thank you for your support.

“DEATH STRANDING” will be released for PlayStation 4 from Sony Interactive Entertainment on November 8, 2019, and for PC from 505 Games on July 14, 2020. After that, on September 24, 2021, the “DIRECTOR’S CUT” version released for PlayStation 5 expanded various elements such as new missions, actions, and buildings.
Currently, the “DIRECTOR’S CUT” version is on sale from PS5, Steam, Epic Games Store, and the original version is on PS4. Furthermore, from this year, we are also distributing with PC Games Pass and PlayStation Plus subscriptions.

What is “DEATH STRANDING”?

“Once upon a time, there was an explosion. This universe was born from an explosion—”
Then, an explosion called “DEATH STRANDING” hit humanity.
Civilization and society on earth have collapsed, and people have been cut off from connections and living in isolation.
Sam Porter Bridges, who is tasked with rebuilding the ruined “America”, sets out to cross the North American continent from east to west.

You, the player, travel to deliver packages to connect people who are divided and isolated.
In parallel with the connections in the game, you will build connections with other players around the world through the “Social Strand System”.