Pearl Abyss just announced today Black desert for PC it will be updated with a unique card game called “Yar!”, which allows players to play fast-paced games against friends and foes; Similarly, the dates for the next event for the community, CalpheON Ball, have been officially announced, where the exciting content that the company plans to launch during 2022 will be shown.

Yar! It is a fast and addictive card game that can be played against several of the game’s NPCs (non-player characters) as well as against other players. It’s a card robbing game where you have to compromise on certain hands to earn a certain number of points. The player with the highest combination of points will win the match. 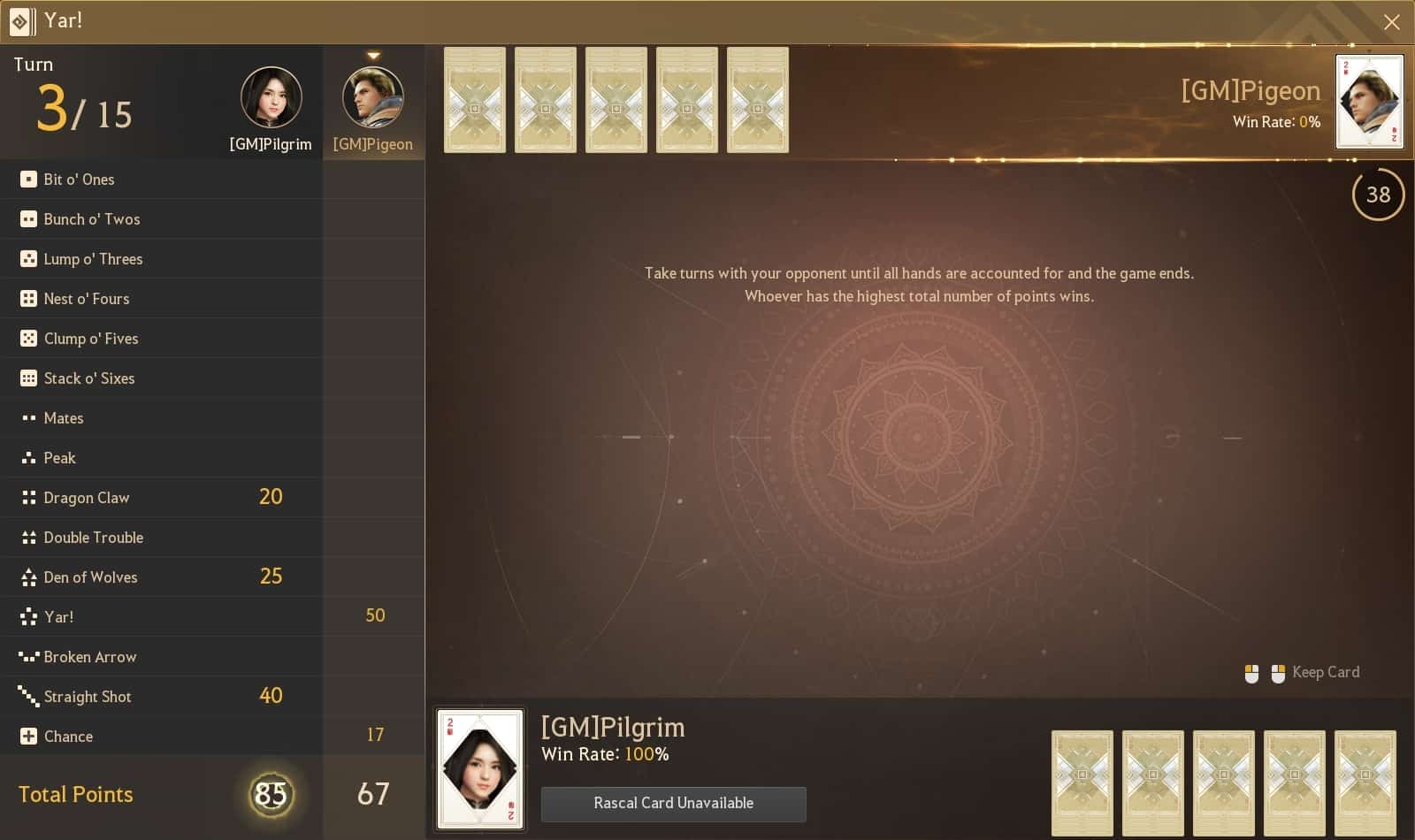 At the start of the game, a hand of five cards is dealt and players can choose to hold their hand or open it and go back to steal. The number of times you can steal and the hands you can pick up depend on the difficulty level chosen at the beginning. The main attraction in Yar! must strategically consider which cards to keep or return to, and in which hand to award points to achieve the maximum possible score.

The game allows you to play with any adventurer traveling through remote terrain, but also allows you to play against NPCs through its interaction menu, such as against the general art dealer Eileen, the fishmonger Crio or the fishmonger Crio Islin Bartali. As many battles against NPCs as those played against other players allow the adventurers to win unique titles, and the disappointment is to win them all.

CalpheON Ball, the event for the community

Finally, Pearl Abyss has also announced the dates for its upcoming CalpheON Ball, a recurring community event full of revelations of new content and celebration for the Black Desert, which this year takes place on December 11 for adventurers. of the Black Desert Console and PC and December 12 for those playing the mobile version.

In addition to a complete program of entertainment and community activities, the program will also promote the new content planned for the future. The event will be broadcast live via Black Desert’s official Twitch and YouTube channels.