Batman, Drácula, Sonic and Shantae in the games with gold in March


 Batman, Drácula, Sonic and Shantae in the games with gold in March 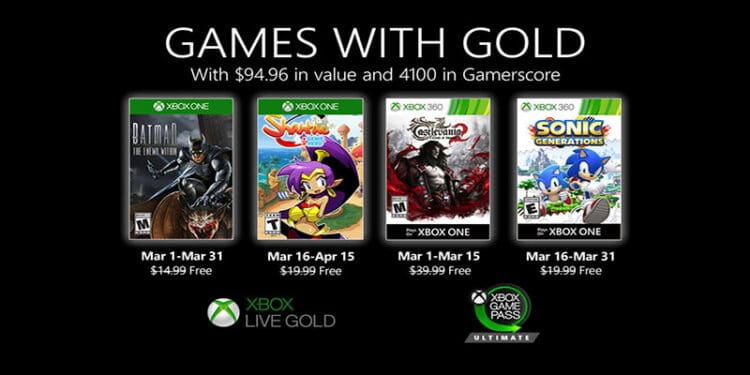 Xbox has announced the titles of Play with gold March 2020 available FOR FREE soon for Xbox Live Gold and / or Xbox Game Pass Ultimate subscribers (we remember that the 3 month offer is still active for 1 euro). These are the titles:

Play with games with March gold