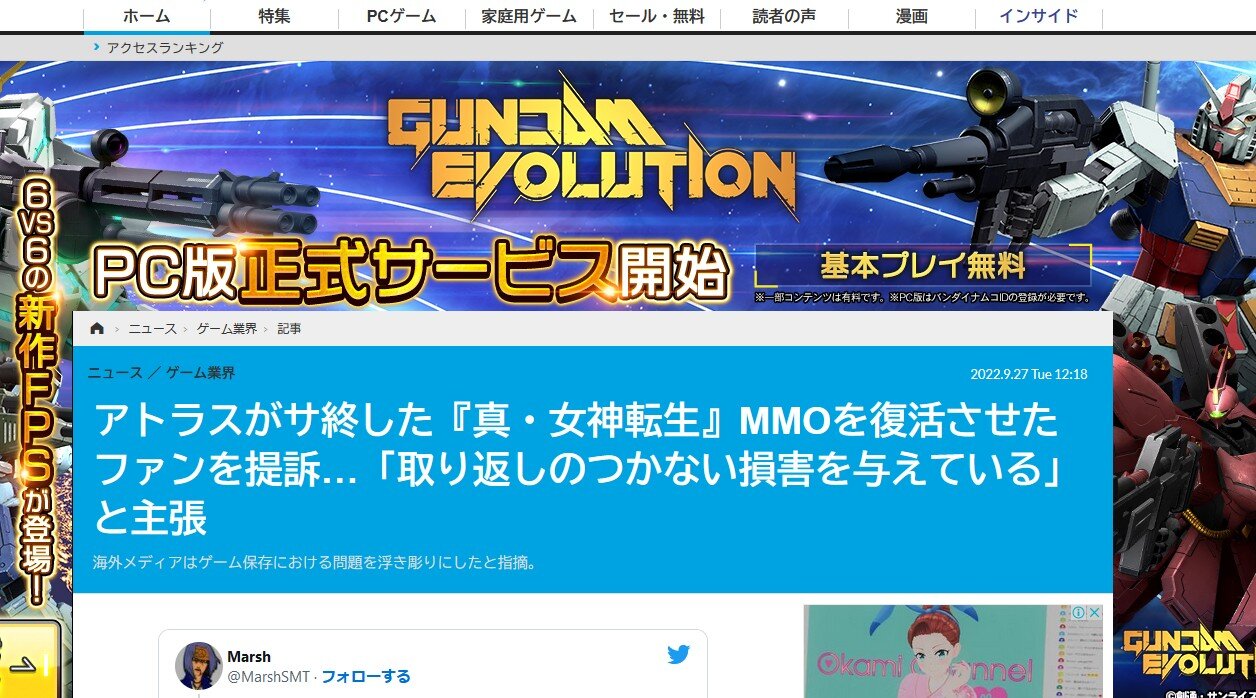 ・It has been revealed that Atlus has sued a fan project to revive the MMORPG Shin Megami Tensei IMAGINE.

・”Shin Megami Tensei IMAGINE” is an MMORPG developed by Cave, known for STG, and serviced by Atlus. In Japan, the service started in April 2007 and was operated for about 9 years until May 2016.

・This fan project, titled “Re:Imagine”, was a project that made it possible to continue playing on the unofficial fan server of “Shin Megami Tensei IMAGINE”.The lawsuit was filed in December 2021, but the team said on its Discord server that they were unaware of the lawsuit until recently.(Currently, the server has been closed and cannot be confirmed). Currently, both the Discord server and the official website are closed.

・In the court documents, Atlus said to the person who runs this project“You have caused irreparable damage to Atlas and will continue to sue unless brought to justice by this court.”Claimed. We are seeking a complete suspension of all websites and fan servers, and a payment of up to $25,000 for each court-sanctioned offense.

・However, the protection measures for museums and archivists that allow breaking DRM security for online game preservation introduced by the US Copyright Office in 2018 may be a barrier. However, the future of this lawsuit is unknown because it is not for the general public.