Arrested (Lv42) for repeatedly breaking into other people’s houses and stealing while playing “Dragon Quest Walk”. 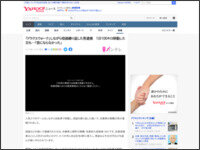 ・An unemployed man in Hyogo Prefecture was arrested on suspicion of repeated theft while playing a popular smartphone game while riding a bicycle.

・ Kazuhisa Yoshikura (42), an unemployed man from Kamigori Town, Hyogo Prefecture, was arrested. From May to June this year, he is suspected of breaking into four houses in Tatsuno City and stealing about 300,000 yen in cash.

・According to the police, suspect YoshikuraWhile playing the game app “Dragon Quest Walk”, he traveled by bicycle and repeatedly committed theftIt says.

・ Suspect Yoshikura“I thought that if I didn’t have money, I should just steal it.He admitted to the charges and said that he had traveled 100 kilometers in one day. He also stated that he stole 4 million yen, including cash, from 43 houses.