[Anti-fraud]It turns out that phone number registration is required for “CoD: MW2” following OW2!Pros and cons in the overseas community 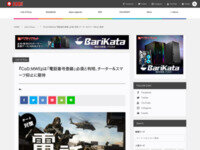 ・A recent release from Battle.net provider Blizzard clarifies that a registered phone number is required to play Call of Duty: Modern Warfare ll (CoD:MWll), the latest installment in the Call of Duty series.

・Registration is required not only for “CoD: MWll” but also for playing the newly created “CoD: MW” (2019 edition)

・The obligation to link Battle.net and mobile phone numbers was introduced in Blizzard’s latest work “Overwatch 2” the other day, but due to increased criticism mainly in the overseas community, it is now called “Obligation for all players” is relaxed from

・Regarding this phone number registration, there are pros and cons in the CoD community.