AMD releases the long-awaited next-generation CPU “Ryzen 7000 Zen4 series”, but it seems that it is not selling well for some reason …

【news】
The much-talked-about new AMD RYZEN 7000 series is finally on sale! Other details will be announced on Twitter, so don’t miss it! pic.twitter.com/hK1cNXl2l0

In Japan, sales began all at once on September 30, three days behind the global version.

We have all CPUs in stock at AKIBA Pasodeji-kan. We are open until 20:00, so please stop by☆ pic.twitter.com/7n3laaMgmc 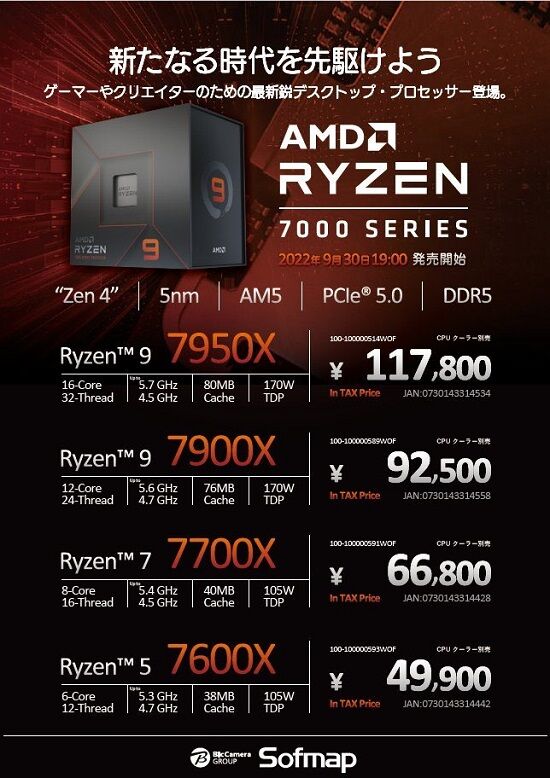 However, due to the usual “ask tax” and the weak yen, the price is crazy… 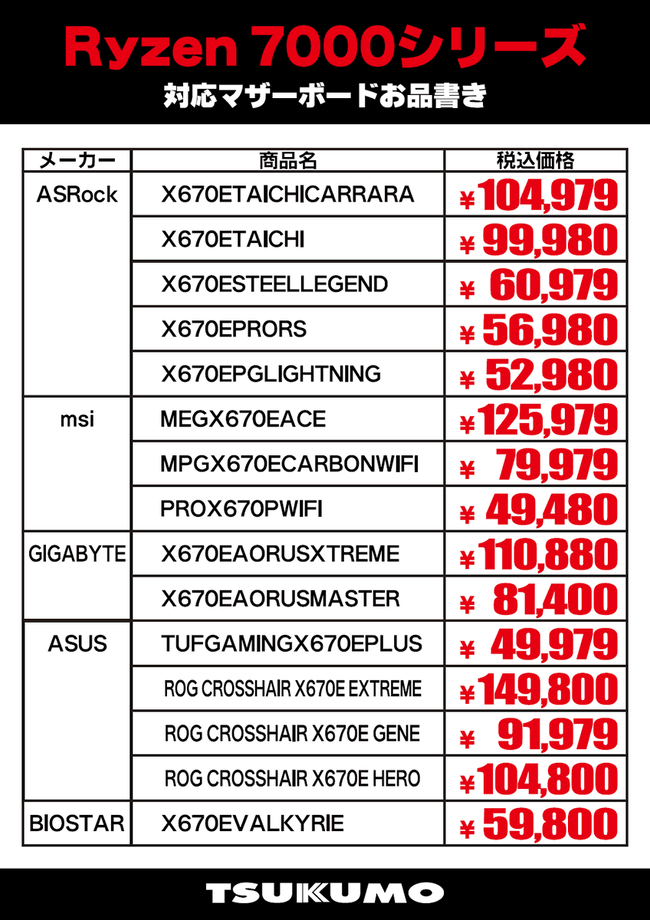 Motherboards can get ridiculously expensive…
The cheapest one is 50,000 yen ← Same price as the 7600X released this time

(There are various reasons for the increase, but
DDR4→DDR5 PCIe4.0→PCIe5.0 etc.
It seems that it is largely due to the overlap of many adoptions of next-generation standards.) 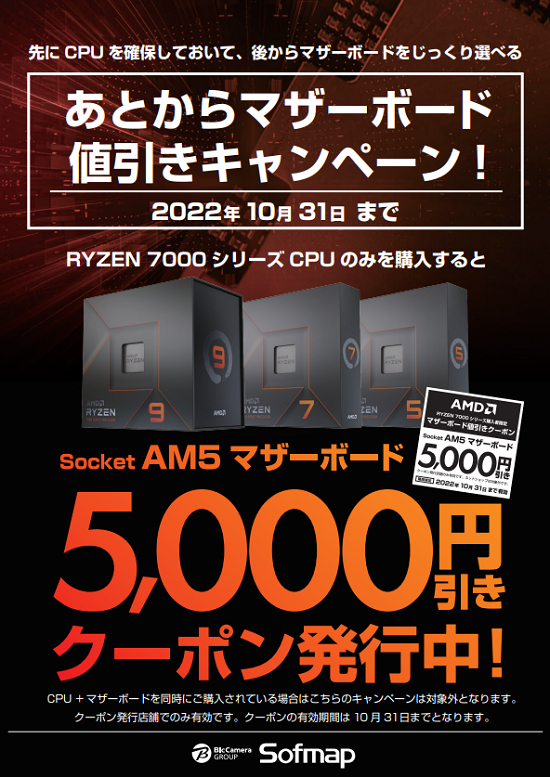 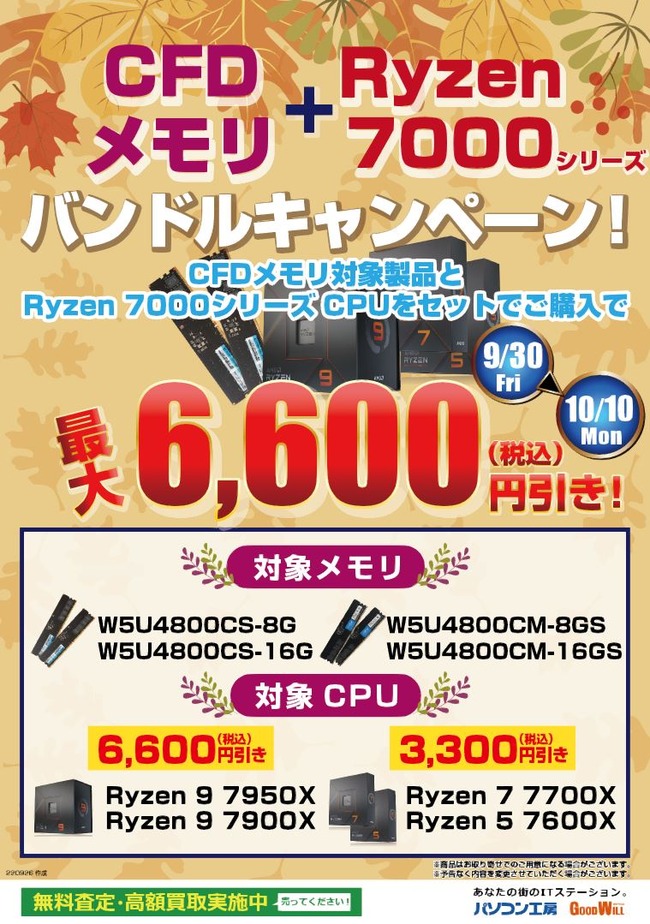 [Past Ryzen release date]
Zen2: It was a very long line
Zen3: I lined up relatively, but I could buy it normally
Zen 4: Sukkasuka numbered ticket surplus level

Line up even in the rain when zen2 goes on sale 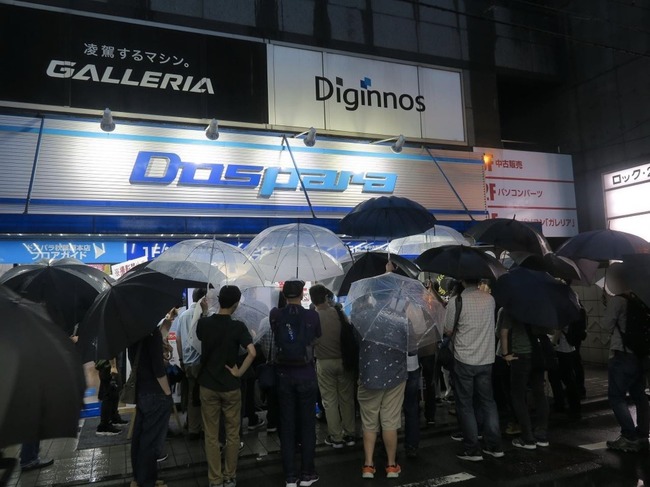 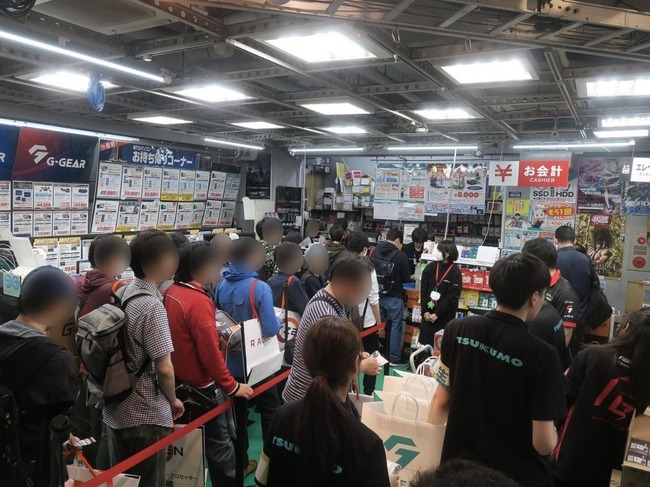 Mr. KTU, who is famous in the self-made area, also said, “The X670 motherboard is really expensive, so people who self-identify as enthusiasts should buy it.”

I decided to wait until the next generation of intel came out.

The price of the old model has been raised tremendously for the regular product, so why did this happen…

It’s just that the prices of all the products that were sold at special prices through Ask were raised.
AMD’s CPU stands out, but the price of Grabo, which was dumped at the closing price, has also risen

After Zen3 slip-in users who could buy it in the partition before the direct hit of the yen depreciation, the flow of total defeat
If Intel also wipes out the domestic inventory, it will be inevitable to raise the price of the motherboard

Introducing the 65,000 yen board saying, “This is cheap and will be popular,” is laughable.

I’m not thrilled this time

We just went back to 30 years ago when you could only buy advanced PCs.

Seriously, “now is a bad time”…
Everything is getting too expensive…

The combination of various factors has resulted in a price that is unthinkable these days.
NVIDIA’s 4000 series is also very expensive, and self-made has become a hobby for people who can afford it.