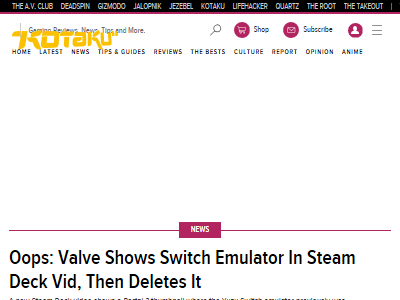 ・One of the reasons why the handheld game console Steam Deck is so popular is that it runs the Nintendo Switch emulator Yuzu.

・Valve recently posted a video of the official dock on YouTube, and according to prominent leaker Nibel,It seems that the “Yuzu” icon appeared in the “Recently played games” on the Steam Deck screen.It was only visible for a few seconds, but it spread widely on SNS

・Valve deleted this video and reposted it with the Yuzu icon replaced with Portal 2’s. 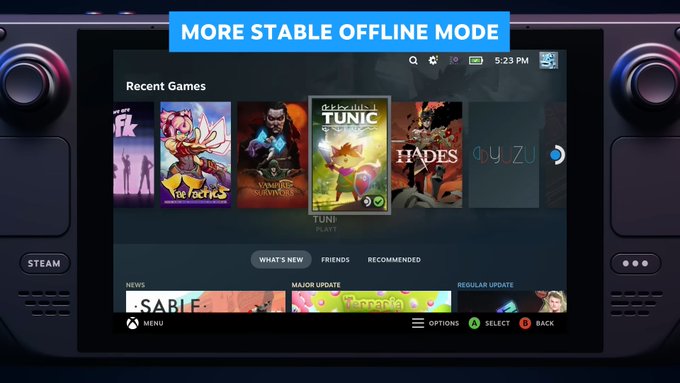 Emulators are a gray area…

It’s bad to introduce anything officially

No more reason to buy a switch

Ah, this will increase the number of people who play pirated editions

Well, sometimes things like this
Don Mai Don Mai! Be careful next time! …only if there is a next time