Will Kutsuna Shiori appear in Kojima Productions next film?Image found on official website 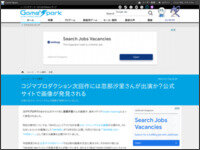 ・A picture of Shiori Kutsuna was found on the official website of Kojima Productions.

・As for the company’s new work, an image of American actress Elle Fanning was released as “WHO”, and “WHERE” was released as a further silhouette image on October 5th. On October 31, “From” WHERE “to” HOW “. A new image was also released as.

・On the page found on the official website, two images are displayed alternately.One of them shows Shiori Kutsuna as “WHERE AM I?”.Another one has only the message “HOW COME?”