[Achievement]It turns out that “Elden Ring” had sold 17.5 million copies worldwide by the end of September 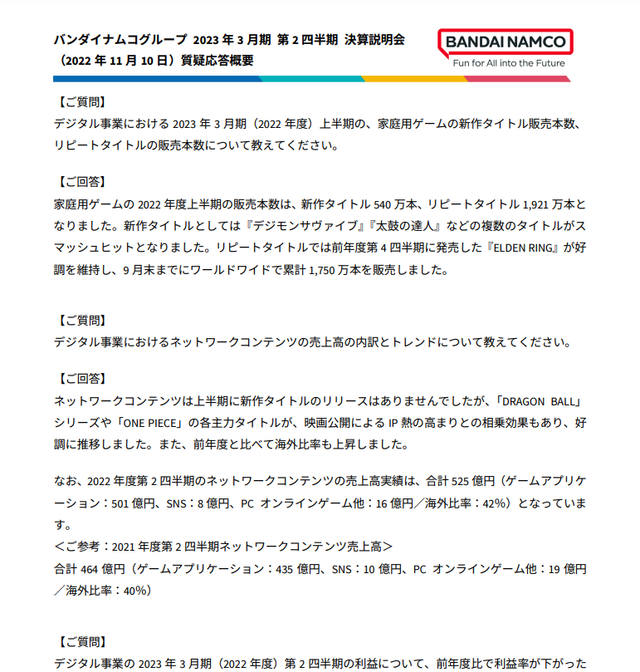 【Questions】
Please tell us about the number of sales of new home video game titles and the number of repeat titles sold in the digital business in the first half of the fiscal year ending March 31, 2023 (fiscal 2022).