A new MMORPG with AION’s IP can be frustrating

Last June, we said that NCSoft did not develop AION 2 and it was therefore confirmed Shanda games; “AION 2 was considered and maintained as a concept so far, however is not in development«. But hope is never lost, and this may have changed in recent days.

NCsoft is looking to cover an animator position to work on new project based on Aion’s IP. The game is described as a “first generation MMORPG for console and PC” under Unreal Engine 4. The game requires 3DS Max handling for » create character / monster / animation resources for the concept and development environment.

The news came from MMOCulture’s hands, but I searched through NCSoft’s website and there were none of these job offers, at least in English, and now all the company’s students are here. When I know this, I do not know to what point this may be true, as MMOCulture is the only source that can be a capture in Korean from which nothing can be captured clearly. 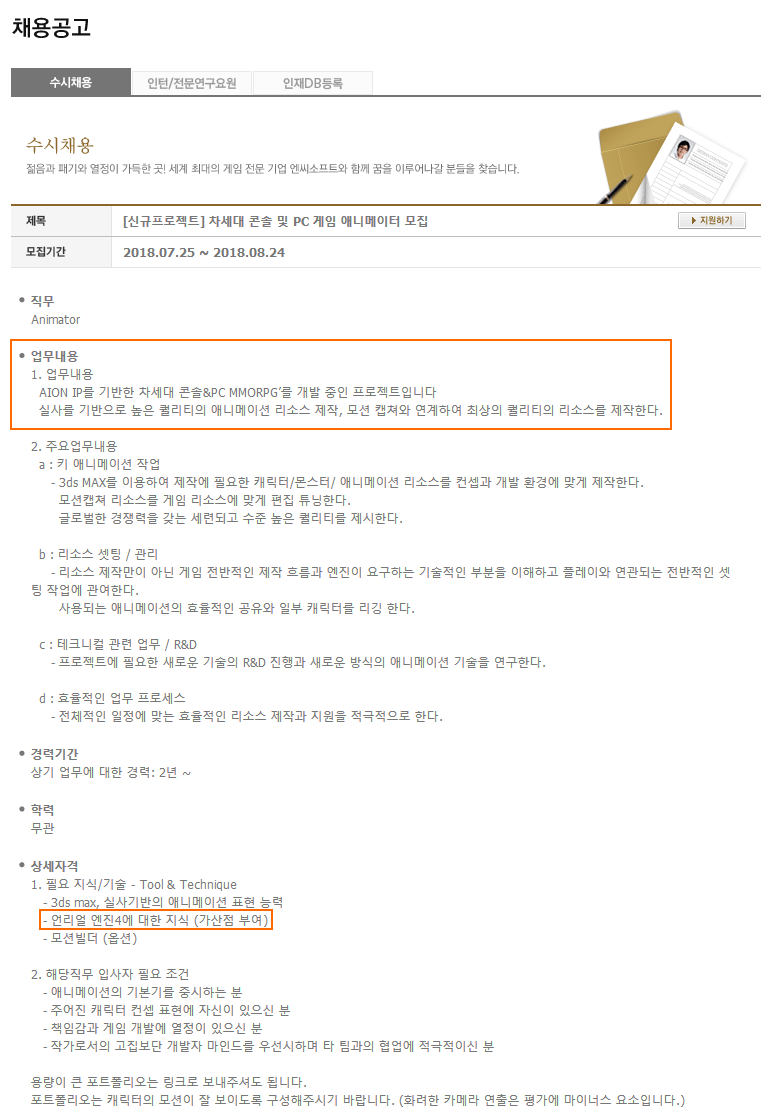